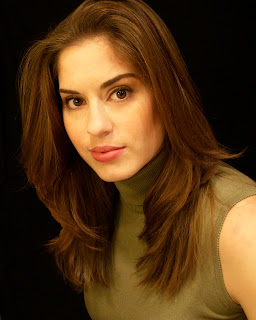 This was a self portrait taken in my bathroom. Hey! I am NOTHING if not resourceful.

Ike really left a deeper scar on my war path than I had first anticipated. A cleared calendar for a time-consuming show proved to be disastrous when said show failed to manifest due to a NATURAL DISASTER. An upheaval and subsequent move in my personal life coupled with the onset of the hustle and bustle of the Holiday Season had my head spinning. A slew of last minute gigs stole my sanity but paid some bills, so I forgive them. Plus the adventure aspect of the past four weeks has made life so very interesting! Of course, craziness is de rigeur in my life...

I managed to get sicker than I have EVER been with my FIRST EVER STOMACH FLU while DRIVING to an important and major gig. Nothing like puking on the side of Hwy-290...and I-45...and Hwy 105...then passing out...while driving; FUN TIMES! I have learned that Houston drivers are not even sympathetic to the puking lady on the side of the road. They will STILL flip you off for going even one notch below the speed limit as you pull over with hazards blazing. I also learned that full Vegas Showgirl Drag will illicit wolf whistles from fat men at Conroe gas stations REGARDLESS of what you are doing at said gas station (in my case, it was puking into the trash can--we are going to hope for this man's sake that he missed that part and just got dazzled by the foot-long lashes and smoky black eye shadow...)

I saw what a mess downtown really is in terms of traffic control and flow as 5000 guests arrived for various holiday parties at the hilton Americas while 18,000 Rockets fans simultaneously arrived to support their beloved team. Thank you to the Hilton Americas for booking parties that invited more guests than their parking garage could accommodate and therefore forcing many of us mere mortals to sit at the light at Crawford and Dallas for 45 full minutes. Luckily, I am a conniving devious snake of a human and LIED THROUGH MY TEETH to have the privilege of VALET PARKING. I can only IMAGINE the chagrin of the top execs in their $100k cars with their jeweled and furred wives watching my Camry pull into the coveted (and guarded by 4 policemen) valet lane. (the policemen actually had to ESCORT my car in to avoid unwanted cars from getting in!) To add insult to injury, my white Toyota was covered in black blobs of bird dookey. (insert sigh of contentment here)

The best gig of the season thus far: The Elder's Holiday Party-an Haute Soiree event. A breathtaking mansion right on the lake on Benthaven Isle in Bentwater, appreciative but unobtrusive guests, (no one requested Freebird OR Kenny ROgers) amazing talent on the bandstand, much silliness ensued and I have pictures (courtesy Jeremy Keas) to prove just how smokin' I looked and I will post them as soon as I have them.
Posted by elizadoohicky at 8:28 AM